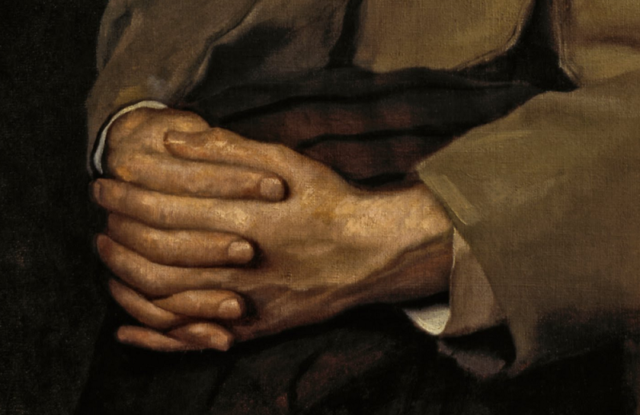 Romano Guardini in his philosophical path faces the confrontation with an author who is mainly considered a novelist: Dostoevsky. For Guardini, however, the analysis of the work and thought of the Russian writer has great philosophical relevance: it is in fact necessary to develop an in-depth investigation into the complex events of Dostoevsky’s characters in order to understand the ontological horizon that lies behind the narration. Only through this hermeneutic approach with respect to the character traits and the lives of Dostoevsky’s characters, it is therefore possible to discover the conception of reality that is the foundation of the Russian writer’s writings.

The metaphor of the plague is a special lens through which to shed light on the central theme in Leopardi, as in Dostoevsky: the question of evil. For both writers-thinkers, the plague does not represent nothing but human selfishness, which sometimes manages to hide behind the abstract ideal of universal love. The remedy for this evil, for Dostoevsky, is to be found in redemption, in Christian piety, in forgiveness and in the salvific pain. For Leopardi, the solution must be sought in the short-lived enchantment created by poetic illusion, in hope without redemption, in a shared struggle against a common enemy. A remedy, in this latter case, which seems closer to our own times, if we think of the moral solidarity professed by Camus. And indeed, both the Christian Dostoevsky, and the anti-Christian Leopardi (both, in their own way, apocalyptic thinkers), appear to be joined as brothers, in times of nihilism, in the polemic against the evils of modernity and of the West, defending an ideal of beauty and compassion, dreaming of restoring a broken harmony (a Golden Age).

“In the Name of The Father”. Rethinking the Origin between Ricœur and Dostoevsky

This essay aims at investigating a possible dialogue between Ricœur and Dostoevsky starting from the symbol of the father. Starting from Freud’s psychoanalytic interpretation of the Brothers Karamazov in which is expressed an archaeological investigation of Dostoevsky’s personality the essay develops at first the critique moved by Ricœur to this interpretation. In Ricœur then it is possible to find a renewed reading of the theme of the father, inasmuch as he overcomes the deconstructive dimension of the Freudian Oedipus, moving towards a rediscovery of the symbol in its relationship with consciousness and the sacred. Thus, this interpretation makes it possible to reactivate the sense of the symbol of the father in Dostoevsky’s Karamazov. In the last masterpiece of the Russian novelist this symbol is transfigured into a new dimension, as an original gift that overcomes the negative dimension of the parricide.

Dostoevsky According to Romano Guardini: an Exemplary Witness of the “Christian Being”

The present contribution begins by indicating in Dostoevsky the author that Guardini, as exegete and interpreter, felt perhaps more congenial to him. And this given the great incidence that, in both, has covered the thought of polarity. For the Italo-German philosopher, the absolute protagonist of the literary production of the Russian writer is the people, to the extent that they are at the center of the field of forces of divine action, that is, they live in a spiritual disposition for which they naturally collect the message of revelation. In this sense, in Dostoevsky, the existence of man is always understood as a Christian existence, immersed in that nature in which God carries out the mysterious work of redemption, understood as an action that is arranged in view of a new creation.

The literature on Wittgenstein’s sources did not pay much attention to Dostoevsky, even the references to the great Russian novelist are numerous in the philosopher’s most recent editions, displaying his deep and constant interest. In order to appreciate Dostoevsky’s relevance for Wittgenstein I inquire into his biography, into explicit references in his notes, remarks and correspondence, and into his friends’ reports. After a critical presentation of the main passages where Wittgenstein’s thought seems to refer to some Dostoevsky’s images, I show a possible relationship between Wittgenstein’s way of philosophizing and the Russian writer’s polyphonic style. In particular, I highlight to such notions as meaning, dialogue, understanding, see-as, faith and religion. I conclude that not only Dostoevsky deserves to be counted among Wittgenstein’s favorite novelists, but also some of his philosophical suggestions can be better comprehended, having Dostoevsky’s novels in mind. So much as Dostoevsky’s novels can be fruitfully reread in the light of Wittgenstein’s anthropological insight.

The paper will discuss significant similarities in the analysis of man and important existential, that is, life issues observed from the perspective of the Russian writer Dostoevsky and the Danish philosopher Kierkegaard. Given that this year marks the 200th anniversary of the birth of the famous F. M. Dostoevsky, and that we place his literary work at the time of the emergence of new directions in contemporary philosophy, such as existentialism (or philosophy of existence), in his works, as we shall see, we can find many discussions very close to the existential type of reasoning. These are topics from the domain of anthropology, epistemology, ethics, and religion, as well as similarities in the perception of many existential issues. In this paper, however, we will focus on his work The House of the Dead and draw a parallel with the key interpretations related to man (and morality) in the works of Danish philosopher S. Kierkegaard.

«A Dumb Pride». Aporias of an I in Dostoyevsky’s The Double

My essay is aimed to provide the main lines of an analysis of Dostoyevsky’s The Double that highlights its remarkable philosophical value. It consists in a radical critique of the outcomes of a certain vein of modernity in determining the fundamental features of human experience. Preluding Notes from the Underground and the late masterpieces, The Double also shows through its tragic epilogue how the only possibility to break the cage of solipsism and alienation to which modern conscience is condemned consists in a radical experience of Christianity, through which the subject is opened to otherness. Tragedy still remains the proper character of this experience, but it is not something passively suffered, but rather acted out, since Dostoyevsky’s conception of Christianity does not consist in a simple consolation from the evil of the world, but in a path that makes the one who runs through it able to face it.

The Dialectic of Life and the Overcoming of Pessimism from a Redemptive Point of View. A Dostoevsky’s Interpretation in the Light of Critical Ontotheology

In this essay I try to develop a renewed interpretation of Dostoevsky’s novels by underlining the overcoming of pessimism from a redemptive point of view. In this course here proposed I’ll try to argue about the sense of Dostoevsky’s poetics under the light of Teodorico Moretti-Costanzi “Christianity-as-Philosophy”: a peculiar philosophical interpretation of Christianism that well fits the poetic intents of Dostoevsky novels. Thus, with the help of Moretti-Costanzi I underline the redemptive moment that is very strong in Dostoevsky beyond the nihilistic and pessimistic notes so strongly and dramatically present in his novels.

The Choice in Freedom and the Experience of God: Pareyson Reader of Dostoevsky

In his reading of Dostoevsky, Pareyson highlights the fundamental experience of freedom in resolving the problem related to the choice between Good and Evil. Underlining the parasitic ontological consistency of Evil, the Italian philosopher observes how the original substance of Good is revealed in the Russian novelist. Through the perpetual struggle, internal to the heart of every human being, between the sliding into Evil and the painful elevation towards Good, Dostoevsky’s characters show how every living man and woman are called to make a choice between obedience to or rebellion against the order arranged by God. Precisely in the light of man’s essential experience of God, the human self can return to place itself in the ontological site of its own pertinence, that is, in the consciousness of eternity lived in God and with our brothers in Him.