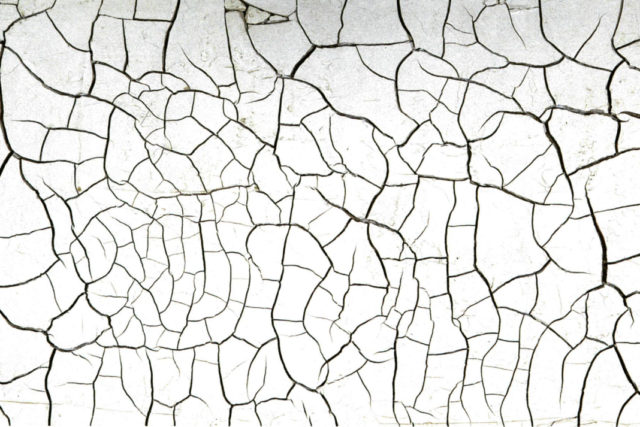 Ontology of Feminine
The ontology of feminine is a part of two wider ontologies: the first one based on the essential description of mankind and the second one concerning the duality of masculine and feminine. This aspect does not get rid of the value of the feminine, rather it permits to put it in the right perspective within the idea of humanity. Thus, the aim of this contribution is to clarify the sense of a “dual ontology”, in order to underline the possibility to access the dimension of feminine in all its peculiarities. Starting from this ontological dimension will be discussed the most recent “gender” and “queer” theories
from a critical point of view, given by the definition of a wider ontology of feminine which permits to determine the criterion of such a critic.

The Feminine in Greek Tragedy as the Theoretical Foundation of the West
The Greek tragedy is a pillar of what we could call the western theoretical and poetic canon and in it some female figures appear to have an important role. They, beyond the narrative fictio, with voice and gestures, cause slips of meaning and theoretical movements that here we interpret as successive approximations towards the logical, rational and ethical dimension that will characterize the Greek philosophical thought.

The Philosophers and the Holy Sinner. Teodorico Moretti-Costanzi and Edoardo Mirri Compared with Santa Margherita da Cortona
Santa Margherita from Cortona represents the example of femininity. She lives the height and completeness that authentic adherence to Christianity gives. She finds the way to redemption after a dissolute youth. In the relationship with Christ, she gets to that fullness that brings the saint to be also a mystic: a direct relationship with the Absolute that makes her not a solitary icon of holiness, outside the world, but a woman who lives this authentic relationship with God without renouncing to the world.
Teodorico Moretti-Costanzi and Edoardo Mirri both capture the originality of this woman in their wise reading criticism. Santa Margherita becomes the guardian of a way of being proper to those who live in their experience of real life the clairvoyance of feeling. She is the emblem of the possibility of redemption and of life accomplished for any person who wants to approach to the mystery of a conscious existence. Margherita fully lives what is the dimension of ascesis not as an escape from the world but rather as a rediscovery of the originality of the existential sphere, in its true ontological connotation, which appears sleepy but, at the same time, present and determining the existence itself. The two philosophers are able to grasp the specificity of such an existence and the beauty generated by this kind of femininity. It is a high beauty, far from a stereotype and conceived as pure thought in action.

The Event of Feminine.
What will we mean by “ontology of feminine”? There is a twofold difficulty in this locution: firstly, we have to clarify the sense of the expression “ontology”, which it is said in many ways, and secondly, we have to explain the meaning of the genitive in at least two ways: the objective and subjective one. In the case of “ontology of feminine”, the genitive may ask both “what” the feminine “is” (objective genitive), and what the feminine makes happen (subjective genitive). In order to understand this second meaning, it will be proposed to grasp “the feminine to the proof of the event”. This lemma intends to underline the “e-coming” of the feminine, its showing itself as an event. However, we do not pretend to restore an abstract neutralisation of the issues that have been posed by women philosophers but we want to find the way that focuses less on the issues and more on the traits that, by characterizing the feminine, also manifest her universality without its specificity being hidden. Among these, two characteristics are reported among others, namely the phenomenon of “gestation” and “being mother”, two events that characterize women in their own specificity beyond any opposition to the masculine or male.

Sophia and “Sense of the Earth”. Towards an Ontology of Feminine between Nietzsche and Solov’ëv.
This paper aims to investigate the relationship between Nietzsche’s “sense of the earth” and Solov’ëv’s Sophia in order to rediscover the dimension of feminine in their thought. In particular will be highlighted the questions emerging from the Nietzschean “sense of the earth” in its struggle between the critique of the tradition and the emersion of a new way of thinking and philosophizing. Then the work of Solov’ëv will be analyzed in more detail in order to underline the emersion of the feminine dimension of the Sophia as an answer to the critical position assumed by Nietzsche. Lastly, Sophia and “sense of the earth” will be caught in their intrinsic similarity in order to define the concrete possibility of an ontology of feminine.

María Zambrano: the word before the language.
This paper is dedicated to María Zambrano’s reflection on language, focused on “word”, understood as its original cell and the germinal nucleus. The “word” is the event that gives unity to time and generates the birth of the present. The theoretical meaning of this term includes the opening and the articulation of the space around us and gives us the original meaning of our “habitation” with the perception of light. Moreover, the word, being born as an «image», sparks off a process similar to the one that led to the creation of the ancient mythology divinities.

Ontology and Structure: Perspectives on Masculine and Feminine.
What is masculine and what is feminine depends on the nature of the nature of human beings. Such a ground can be seen as a structure, and this entails that it does not show the same face in any case and in any context, but in spite of that its underlying substance remains the same. We try to inquire some consequences concerning this assumption, for example the meaning of the putative symbolic conflict between traditional and modern forms of expression of masculinity and femininity.

The Fragments of Feminism in Kierkegaard’s Thought

The Fragments of Feminism in Kierkegaard’s Thought.
If there is one thing we can say about the Great Dane with certainty, it is that he was a rather interesting writer of his works. Though considered to be the “father of existentialism” as we got to know it today, he had led a life that enabled him to truly understand many features of existentialist approach to life. The one thing he always insisted on was that a man must find meaning within himself, for himself, and each man (thus, also, a woman) must do so individually. Since the aim of this paper is to show how and where does Kierkegaard prove to be a somewhat feminist apologist, though highly misogynistic at times, first we will show how his own life had had a tremendous impact on his philosophical works, and how writing some of those works under various pseudonyms may have affected our view of Kierkegaard as either misogynistic or slightly feministic. Secondly, we shall briefly revise how are the three stages of existence important in depicting not only a man’s existence (referring to only a man by gender), but also a woman’s, and how is she capable of reaching her own existence, if at all. Lastly, we shall aim at showing how a single individual, hence both a man and a woman in themselves, might reach what Kierkegaard views as one’s mission – to become his or her own individual.

Gelassenheit and Hospitality: Heideggerian Themes for an Ontology of Feminine.
The article traces the path of Heideggerian thought highlighting the aestheticontological aspects that lead it to the threshold of the sacred, considering, in particular, the theme of abandonment (Gelassenheit). In the perspective of the philosophical research of Edith Stein, which started from a context close to Heidegger developed a personal line of thought in which empathy (Einfühlung) assumes an essential role, some lines are indicated for a future deepening of the theme of openness to divine or to the coming God.

The Woman and the Dimension of Care in Edith Stein.
In the essays dedicated to the “female question”, Edith Stein has seen in the care, namely in the protection and promotion of every human reality, one of the specific tasks of women in the exercise of different professions. The essay focuses, through three examples, how Stein has tried to translate this task into practice in some concrete situations of her life.

The “Ontological Function of the Feminine” in Emmanuel Levinas.
In Levinas there is no theme of the difference between sex and gender; he, however, sees the sex difference according to gender stereotypes. His operation consists in a dehypostatization of sex and gender. Their difference leads them to the level of relationship, of which the genders themselves become paradigms. The feminine appears as an “ontological” relationship in the sphere of the Same and – in an ethical perspective – it constitutes the background and the condition but, at the same time, also its transgression that affects it and corrodes it.

The Antigone’s Exodus into the City. For a Consciousness and Realization of the Ethical Essence by the Feminine.
This paper aims to define the terms of a possible ontology of the feminine in ancient Greek ethical thought by the meanings of Sophocle’s Antigone. Through some philosophical interpretations of this text it will be found and underlined what lies at the bottom of tragedy, namely with regard to the relation of masculine and feminine and its both passive and active dimension and the possible conflict between them.

The Marianna Florenzi Waddington’s Lettere filosofiche: Pantheism or Panentheism?
The intellectual course of Marianna Florenzi Waddington is complex and this work aims to discuss if the ideas proposed by the Umbrian philosopher must be intended as a form of pantheism or rather as a form of panentheism. She gives an interpretation of her philosophy as a pantheism but she distinguishes it from the “ordinary” one which usually intends the person as a mode of the substance. In her reflections she thinks the beings as they are conceived “in” God, but at the same time she notices the problem of evil, of the “fall” of mankind and of freedom since from the Lettere filosofiche, where she declares herself as a pantheist, misleading the critical literature on this aspect.

Gaston Bachelard and “the Feminine Depth” of Being
This paper is prevalently focused on two texts of the Gaston Bachelard’s aesthetic production: L’eau et les rêves of 1942 and La poétique de la rêverie of 1960. Here the French thinker, following the path of Carl Gustav Jung and of the deep psychology, defines the structural androgynous dimension of mankind. In particular he finds in the rêverie of water many essential aspects for a realignment of the feminine essence of being, both in its function of fantasizing subject and of fantasized object. Definitely, with the rêverie of water, we can face a real ontology of feminine.

The Eye of Consciousness Open to Femininity. The Fundamental Dialogue between Feminine and Masculine in Moretti-Costanzi
This contribution aims to approach the theme of femininity from a philosophical and speculative point of view. Choosing the voice of the Italian thinker, Moretti-Costanzi, we try to reveal the original essence of femininity in relation to its opposite, i. e. masculinity, and in the mutual reference of both these poles in the direction of the foundation and the principle of reality as a whole. Developing the theme of the feminine, in the light of this profound perspective, allows reflection on the origin and the meaning of the human being to appropriate itself in our consciousness as persons.