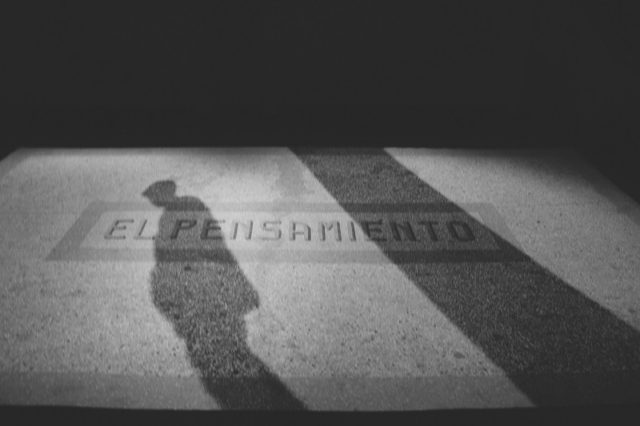 In this essay I try to inspect the interpretation of the light-darkness dialectic by Jakob Böhme (1575-1624): it is a fight, which involves every aspect of the theosophist’s thought, from psychology to natural philosophy, from morality to gnoseology, from ontology to theology. Starting from the reference to Böhme’s famous vision of sunshine reflected by the dark surface of zinc, I try to characterize the experience of “seeing” as the cornerstone of a sensorial mystic, understood as an attempt to translate what “has been seen” in the inwardness. The analysis of Ungrund’s concept allows me to make explicit the co-essentiality of light and darkness: there is no reality other than the divine reality, which however has a rhythmic nature; and light and darkness are the phases of this rhythm.

One place of María Zambrano’s thought in which significant reasons for reflection emerge concerns the relationship between the sacred and the divine. In this relationship we can grasp a particular dynamic of the connection between light and darkness which, however, does not reduce this relationship to a simple oppositional dialectic, but instead manages to describe this relationship as a continuous movement in which there is a search for light. It is the path that man has always made towards the absolute trying to progress from a feeling of the absolute to an awareness of the absolute. However, such places of thought can never become a possession for man, but simply a horizon that can be grasped only through a feeble auroral light.

In his former work titled The Essence of Manifestation Michel Henry tries to investigate the hidden nature of being itself in its principle, “before” its “coming out” as a phenomenon. Starting from the problems left opened by the Husserlian and Heideggerian phenomenology, the French thinker approaches the question of the essence of being as a pure origin that lies beyond the light that makes it possible for the manifestation to show itself. In this sense, the dialectic of light and shadow is recalled as it illustrates the relationship between the manifestation and its essence. In this frame Henry analyses Eckhart’s mystical thought in order to rediscover the sense of an original shadow as the origin of light. Thus, Eckhart gives to Michel Henry’s course the opportunity to deepen the essence of being in its originality as that Gottheit which is the original status of mystical relationship between man and God itself.

This paper aims at investigating the role that light plays in Deleuze’s books starting from the Eighties. His neo-Kantian reading of Foucault offers a conception of light as a transcendental principle, close to Goethe’s concept of «pure light»: this «chromatic Spinozism», that sees light and whiteness as the matter of the plane of immanence and darkness as a mere byproduct, is given ontological, esthetical, gnoseological, and ethical value through Deleuze’s renewed appreciation of Bergson’s Matter and Memory and through his studies on cinema. Cinema itself can be conceived as a privileged access to Deleuze’s ethical commitment through the conceptual persona of the «idiot», and the teleology – from bare action to sight and «thinking action» – that he diagnoses in the history of cinema can be seen as the strongest modern affirmation of the teaching of Plato’s myth of the cave: a new way of seeing or a conversion towards the light, that forbids the philosopher to share the doxa of his community, becomes the only way to grasp the «intolerable» in the given historical and social situations, and is turned directly into a means of political action.

Out of Darkness there Comes the Light.
Upbringing as a Process of “Fine Tuning” of an Individual

In this paper we will advocate the concept of upbringing as practical process (or even practical method), of the so-called “fine tuning” of a person (children and youth) done by their educators (whether it is about parents, kindergarten teachers, school teachers, or professors taking part in their educational process). It is a concept of which we have taken elements partly from contemporary science, more specifically, from the “fine tuning” argument of the world (cosmos), originating in philosophy of science. According to the argument, simply said, the whole universe was so finely tuned in order to enable life on Earth. Similar is here tried with those we upbring – our efforts as educators are directed towards their fine tuning, to establish foundations for a successful and independent living. In the discussion, we will primarily refer to the contemporary authors from the philosophy of education – Dewey, Whitehead, and Peters.

Light and shadow are really fascinating terms because of their very rich symbolic value. Trying to penetrate this very dense range of significance is neither a simple nor easy enterprise. Anyway, in this brief essay I will try to investigate the sense of the opposition between light and shadow from the point of view of poetry and mystics, referring to that fruitful heritage in which the poetical language meets the vocational aspect of the ascetical perspective. In fact, the ascetic experience can be considered as the seed that fertilises language transforming it into a the-ology. In this sense my contribution will highlight the deep relationship that the symbols of light and shadow have with theology through its poetical and ascetical renewal.

The aim of this paper is to show the evocative interpenetration between light and shadow in the philosophical and symbolical language of Hildegard of Bingen. In place of the classical opposition between those two terms, with the expression umbra viventis Lucis Hildegard describes a relationship of loving reciprocity between individuals and God. Light testifies to the omni-comprehension of everything within the fiery circularity of the Trinity while shadow, rather than representing the darkness of absolute negativity or an intermediate dialectical state which is resolved later in light, is her necessary complement, in a circularity of experience that Hildegard calls amplexio caritatis.

According to the Swiss psychiatrist Carl Gustav Jung (1875-1961), “light” and “shadow” are two terms that often refer to psychic dynamics in particular that of the individuation, wherein light (das Licht) and enlightenment stand for consciousness while shadow (der Schatten) stands for a category unconscious contents. In them resonate speculative and esoteric motifs connected to previous spiritual practices, especially the alchemical ones, that read anew in therapeutic terms, and as a means for personal development, found a new position in contemporary culture. Analysing the metaphors of light and shadow in the Jungian reading of alchemical texts and terms like albedo and nigredo, the Cognitive Metaphor Theory will be taken into account, which in the last two decades has been applied, inter alia, to psychoanalytical interview and to analytical psychology as well. Although on the one hand the Cognitive Metaphor Theory contributes to the current therapeutic discourse on alchemy in the West, on the other hand the use of this theory for the interpretation of Jung’s works seems to fail in explaining those quasi-metaphysical concepts that most contributed to its revival.

his contribution aims at investigating the intersubjective relationship and the relationship between subjectivity and God in Pantaleo Carabellese’s philosophy. A specific attention will be reserved to a critical reflection concerning the concept of “plural unity” which is described by a metaphor which presents an original synthesis between geometrical figures and light. Carabellese in order to illustrate the intersubjective relationship uses in particular the metaphor of brightness and irradiation along with those of point and sphere, while God is described as light. This metaphor allows Carabellese to express something that would remain obscure in his thought.

The essay takes in exam the text Le Visible et le révélé by Jean-Luc Marion. The intent is to specify French philosopher’s vision of revelation through the concept of “saturated phenomenon”. Distinguishing between Revelation as such, that is, the Incarnation of the Son of God in the person of Jesus Christ, from the revealing phenomenon that concerns everything as it appears, Marion undertakes to determine both the essence of the phenomenon and what is for him the most adequate meaning of phenomenology. In the critical dialogue with Husserl’s heritage, Marion puts forward his resolutive proposal to the unsolved problems of the Prinzip aller Prinzipien of transcendental phenomenology.

The opposition between light and shadow passes through the history of occidental philosophy: it is the everlasting horizon where the possibility of a “sense” is to be decided. In the recent Italian thought, special focus was given to this topic by Emanuele Severino, who tacitly proposed a metaphorical reading, seeing it as a symbol of a more radical opposition between being and not-being. This article shall problematize this metaphorical character. Our hope is that of a possible theoretic profit, thanks to a certainly interested and nevertheless rigorous hermeneutic of the Platonic and Heideggerian works, which may allow to breach Severino’s original structure. The ontological priority of shadow opens the wider horizon of transcendence, which may be an antidote to the difficulties which nihilism faces in its attempt to answer the ethical questions and to their utter elimination in Severino’s eternalism.